• Continuous labor support at home, hospital or your birthing place

• Postpartum support for the first 1-2 hours

I felt my first calling to birth work during a birth class while pregnant with my first child. I was completely in awe of the beauty and strength of reproduction, pregnancy, and labor, as well as the community borne from it. Then after the empowering births of my two children I knew birth work was the space of which I belonged.

I bring a wealth of knowledge to help families with the new transition of postpartum life, both from working with children and families for 10+ years and from my professional culinary background. My joy is in creating a safe space for families to grow, advocating for them and providing them with the most intentional and compassionate evidence-based care. My purpose is to support and encourage each family’s intuition, to provide calming reassurance in their power, and to help them own their own experience.

I’m here to create and nurture my community, to live a life of continued education and fight for justice within the birth world.

I can’t wait to help you on your journey in whatever form it takes. 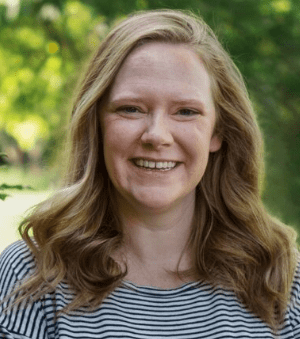 Kassie stepped in for us in the middle of a tough labor, and she was outstanding. She brought such positive energy into the room at a moment when our birth experience had strayed pretty far from what we had hoped. Kassie offered amazing support for coping with the epidural–she helped me change positions in bed, gave my husband and me eye masks so that we could rest, and kept us encouraged when we were stuck at 9.5 centimeters. She worked really well with our nurses and tactfully made suggestions at the right moment (the peanut ball made everything happen for me, and I am not sure we would have used it without Kassie in the room!) She discreetly took photos for us, including a beautiful one of the sky at the time our son was born. It has become one of our favorites in the collection.

I am so grateful that our original doula chose Kassie as her back up. It was a leap of faith having someone new come in when our original doula was timed out, but we couldn’t have picked a better fit ourselves. Her instincts for what support we needed were spot on, and her presence was so kind and positive. With our first doula having left Chicago, we’ll go straight to Kassie when it comes time for number two. Thank you, Kassie!

“Let me not bury the lead here … if you are reading this and debating hiring Kassie as your doula, do it!  She is amazing and was a bright spot in my birth story.

We hired Kassie as our doula kind of late in the game (36 weeks).  I wasn’t convinced I ‘needed’ a doula – as I didn’t have a birth plan I felt super strongly about, I just wanted to meet my daughter ASAP with as little pain to her or me as possible.  However, as the weeks ticked by I grew more and more nervous that my body wouldn’t know what to do and I started to feel a little panicky, so I decided to call in some reinforcements into the labor process in the form of a doula.  I only interviewed one – and it was Kassie and it was a no-brainer.

She ‘normalized’ so many worries I had with her easy demeanor.  You can tell she is incredibly knowledgable, but is able to relate that knowledge in a kind, compassionate, light-hearted way.  She really feels like an old friend – which is exactly who you want holding your leg in one of the biggest moments of your life.  Kassie was a friendly face in my delivery room and was incredibly helpful throughout.  I think that was the biggest thing I underestimated the importance of, the helpfulness BEFORE the pushing process.  Because she had been through many births prior to mine, she anticipated my needs before I even know what I wanted.  This took me pleasantly by surprise – and honestly probably helped my husband quite a bit as well.  Overall – 10 out of 10, would recommend!  Kassie is wonderful!”

“Hiring Kassie as our birth doula was hands down the best decision we made during the birth of our first baby! Having a doula was invaluable for so many reasons, but Kassie was particularly skilled in these areas:

-Kassie was unwaveringly positive and confident in us. This was so valuable for me leading up to the birth and so helpful during the birth. I truly felt like she believed in me and it gave me the confidence I needed to have a birth without pain medication. There is no way we could have achieved that goal without her!

-I never felt any judgement about the way I wanted to go about things or the way I was handling my pregnancy.  From meeting her, I felt like I could talk to Kassie about anything.

-Through our 26 hour birth, Kassie never let on, even the slightest bit, that she was tired, even though she had been at a birth the day before.

-I am amazed with the way she took a leadership role during the times we needed it, but also made plenty of space for my partner and I to bond, and for us to interact with the hospital staff.

-Kassie is a completely enjoyable person to be around. She’s positive, warm, and caring. We are so lucky to have found her to be our doula!

“My husband and I both feel Kassie played an absolute essential part in our birth experience. My labor was progressing very slowly before her arrival. Kassie guided me through different movements and exercises that I feel rapidly moved my labor along.

Had I not been gently assisted by Kassie to get into the uncomfortable but necessary positions she recommended, I’m not sure how my labor would have turned out. She played a vital role in helping me have the birth experience I truly wanted. Kassie went above and beyond to make me feel cared for prior to my birth, during and after. I cannot thank her enough!”

“To say my husband and I were satisfied with Kassie’s services would be an understatement. From her professionalism to her grace and patience, Kassie’s role in my labor and delivery proved invaluable. While we were interested in having a doula starting around my second trimester, we didn’t book her until I was 36 weeks along. She coordinated our initial conversations quickly and even offered us a sliding scale to accommodate our limited budget. She was prepared for anything with us.

At the time, our baby was breech, so I was preparing for an ECV procedure that could have ended up as a cesarean. She provided support leading up to that appointment, answering questions and offering to be present in whatever capacity she was allowed (per COVID).

The ECV was successful, but even from my patient bed, I texted her when I had some unexpected bleeding and thought I may face a difficult night of induction or cesarean (which I didn’t end up having). She and I talked over the phone, she followed up with an e-mail so I could have her help in writing, and she remained available via phone as I needed her.

Fast forward to 40 weeks and 4 days: my water broke without being in active labor. I notified Kassie; she was immediately prepared to come with me to the hospital, again helping me think through how I may approach the possibility of induction. Once admitted, I texted her around midnight, asking her to come help me cope with contractions while my husband got some rest.

She came and was immediately, from that point on for the next twelve hours until our son was born, 100% at my side. She fanned me, set up stations for different labor positions, assisted my husband in how to help me, provided snacks, gave encouragement, took my lead by listening to me but also offered ideas as I managed the pain, coached my breathing, and allowed my husband to stop and get something to eat or go to the bathroom when contractions were much closer.

Once our son was born (which happened without other medical intervention, as I had hoped all along), Kassie took a few pictures (at our permission, and when there were so many other hospital staff members present and taking over supportive roles) and stuck around for several hours afterwards, making sure we were okay before she left (to ANOTHER client, who gave birth later that night).

One of my favorite things was that I was able to ask her afterwards: “Okay, what was happening when my eyes were closed there?” and “What was it that you kept putting on my forehead that felt so cool and relieving?” and “When exactly was my transition? How long did I actually push?” I felt like I could immediately process what just happened, laughing and crying at it all, even as I still think back to the whole experience and catch myself in awe at all that labor was and how much support Kassie was by my side.

I hope that gives at least a glimpse into what a wonderful decision we felt it was to hire Kassie. She has continued to provide postpartum support, answering questions about breastfeeding, hemorrhoids(!), baby growth, and the like over both text and phone calls.”