Donohoe Pediatrics is a concierge-style, membership-based, direct primary care (DPC) practice. That means we work for you. Not for insurance companies or employers or big hospital systems. Just you.

It is a simple, old-fashioned idea. Combine expertise, intimacy, and dedication to deliver care so personal you can’t believe your children were ever cared for another way. That is the Donohoe Pediatrics way…to take time with families, to understand their stress and fear, to hold their hands, laugh a little and walk together through all the challenges that come with raising children. We all deserve this, but it has become a rare reality in modern pediatric medicine. Our practice is devoted to these principles, and we deliver it in a simple, clear package.

Our practice model allows us to partner with families to understand their child’s health, their personality, their challenges, and their goals. It enables us to approach pediatric care in a proactive, meaningful way. It encourages us to provide truly personalized recommendations and to stay engaged with families as their child navigates through today’s fast-paced world.

Here is how it works:

Patients join the practice by paying a one-time family registration charge followed by a monthly, per-child membership fee.  This is an all-inclusive fee that covers your child’s comprehensive pediatric care. No copays. No outside call services. No surprises.

The monthly fee per child is:

*There is a 5% discount for those paying annually.

**A limited number of need-based free and reduced memberships are available.

What is included with the membership?

Dr. Donohoe is a board-certified pediatrician with nearly 20 years of experience caring for children of all ages. After attending medical school and residency in Chicago, he spent the first four years of his career in the National Health Service Corp as the solo pediatrician in an underserved clinic in Milwaukee, WI. While there, he revamped the clinic’s struggling vaccination program and implemented a reading initiative to distribute donated books to families in need. He later returned to Chicago and worked in traditional private practice for eight years. He built a reputation as a thorough and thoughtful clinician who goes above and beyond for children and families who appreciate his expertise and calm, humble approach to medical care. In 2016 he started Donohoe Pediatrics, the first membership-based, concierge-style pediatric practice in Chicago.

Dr. Donohoe believes that despite significant advances in medicine, the key to great care is an unrushed, thorough history and a comprehensive physical exam. This requires time, accessibility, and continuity. He is proud to have built a practice that allows him to provide the personalized, high quality care that he believes in.

Dr. Donohoe received a B.S. in Mathematics from the University of Notre Dame in 1993. He went on to receive a M.S. in Environmental Engineering from the University of Illinois in 1995 and worked for several years as an engineer. He received his M.D. from Northwestern University School of Medicine in 2001 and was inducted into Northwestern’s chanter of the national medical honors society, Alpha Omega Alpha. He completed his pediatric residency at Children’s Memorial Hospital (now Lurie Children’s Hospital) in 2004 where he continues to hold a faculty appointment. He is also a Clinical Assistant Professor of Pediatrics (Community Based Primary Care) at Northwestern Feinberg School of Medicine and has privileges af Prentice Women’s Hospital.

Dr. Ray is a board-certified pediatrician who has been caring for Chicago children of all ages since 2008. She has a special interest in allergy and asthma as well as in newborn care. She is thrilled to be working at a practice where she can see newborns in the comfort of their homes and take the time necessary to offer anticipatory guidance to parents. She is passionate about guiding families in healthy living habits as these newborns grow into older children. She believes that good nutrition, sleep, exercise, and mindfulness are key components to good health and that these healthy habits are essential to teach children from a young age in order to promote life-long wellness.

She received her B.A. from St. Louis University in 2001 and her M.D. from the St. Louis University School of Medicine in 2005. She completed her pediatric residency at Children’s Memorial Hospital (now Lurie Children’s Hospital) in 2008 where she continues to hold a faculty appointment. She is also a Health System Clinician of Pediatrics (Community Based Primary Care) at Northwestern Feinberg School of Medicine and has privileges at Prentice Women’s Hospital.

Dr. McGee is a board-certified pediatrician who has been caring for children of all ages since 2005.  She served for two years with the National Health Service Corps caring for underserved children in Lake Charles, LA where she created and ran an obesity outreach program for patients and families.  After completing her service, she spent over 3 years providing urgent and hospitalist care for children and in 2009 she moved into private practice.  Dr. McGee enjoys creating an environment where patients and parents feel safe, heard, and respected.  She is excited to be part of a practice that will allow her to dedicate the time to provide the kind of thoughtful care that families deserve.

Dr. McGee received her BS From Howard University in 1998 and her MD from Meharry Medical College in 2002.  She completed her pediatric residency at UT Southwestern/Children’s Medical Center Dallas in 2005.  Since her return to Chicago in 2014, she has held a faculty appointment at Lurie Children’s Hospital.  Dr. McGee is a Clinical Assistant Professor of Pediatrics (community Based Primary Care) at Northwestern Feinberg School of Medicine and has privileges at Prentice Women’s Hospital.

Dr. McGee is committed to giving back to her community.  She volunteers at iMentor, an organization committed to increasing the number of first- generation college graduates from low income communities.  She recently began working with HelloBaby, a free of charge, drop-in play space serving south side families.  HelloBaby’s goal is to level the playing field in Chicago and give children birth to 3 years the skills they need to be school ready, a mission that is close to Dr. McGee’s heart.

Dr. McGee lives in Bronzeville with her husband, Shawn and their children ages 18, 15 & 4.

Kia received her BA from DePaul University in Psychology and Human Services with a minor in Early Childhood Education in 2008, and an MS from Erikson Institute in Child Development with a specialization in Child Life in 2010.  She is currently Adjunct Faculty and a Doctoral Fellow in Child Development at Erikson Institute and Loyola University-Chicago. Kia has worked in a variety of pediatric settings across Chicagoland for the past 12 years.  She has held positions as Child Life Specialist and Child Life Coordinator at Shriners Hospitals for Children and NorthShore University Health System.  In the summer of 2018, post-hurricane Maria, Kia supervised a team of child life students and volunteers at San Jorge Women and Children’s Hospital in Santurce, Puerto Rico.  Prior to joining Donohoe Pediatrics, Kia founded and directed Momentos Therapy LLC which offered in-home and virtual integrated health services to families in Chicago and nationwide.

Kia was born and raised in the Humboldt Park and Logan Square neighborhoods.  She is a proud Latina, daughter of two CPS teachers, and graduate of Walter Payton High School. In her free time, Kia enjoys exploring Chicago parks with her boys ages 6 and 8.

Consultations, parent coaching, and other virtual or office-based support with Kia are all part of your Donohoe Pediatrics membership

Jamie is an International Board Certified Lactation Consultant who has been providing in-home breastfeeding support to hundreds of Chicago families since 2014.

Jamie was raised in the Roscoe Village neighborhood. She attended nursing school at the University of Illinois – Chicago. After graduating in 2009, Jamie worked as an RN at a busy primary care pediatrics in the city for four years. While she was there, she fielded countless questions from frustrated breastfeeding mothers who needed additional support. Intrigued, she took a continuing education course on breastfeeding which led to her training as Lactation Educator Counselor and ultimately as an International Board Certified Lactation Consultant. In her free time, Jamie enjoys traveling, seeing her family, baking and playing ping pong with her husband.

In-home lactation consulting with Jamie is included in your Donohoe Pediatrics membership. 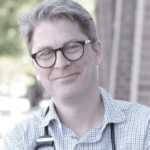 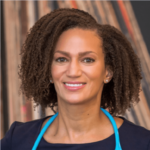 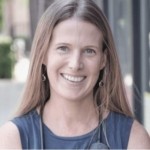 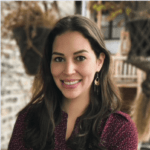 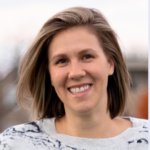 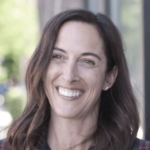 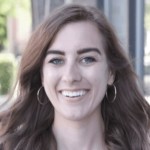